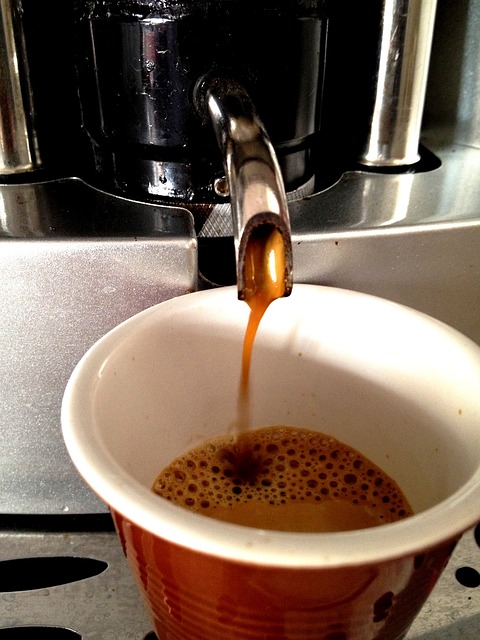 The Keurig Coffee Makers company was started in Massachusetts in nineteen ninety two, and began making the brewers and K-Cups in ninety eight for the office market.

Then in two thousand six Keurig was bought by Green Mountain coffee roasters with the main head office in Vermont.

Then again in two thousand sixteen Keurig Green Mountain was purchased by JAB Holding Company for about fourteen billion, must be money in the coffee business.

With the invention of the K-Cup coffee pods and brewers for them the company starting doing well. An example is that in two thousand fourteen the pods had 3.6 billion in sales.

With the K-cup brewing system it is designed to brew a single cup of coffee, tea or hot chocolate, or any other hot beverage.

The K-cups are filled with coffee grounds, tea leaves, cocoa, fruit or any other fillings, and then sealed for freshness.

As of two thousand sixteen Keurigs K-cups had around five hundred beverage varieties, including the top best selling coffee brands, so you will find a large choice with this product.

The Keurig K145 is a very good coffee maker for your office or work place, and takes less then a minute to brew the coffee if you happen to be in a hurry.

It gives you a choice of six ounces, eight ounces, or ten ounce cup size for brewing your choice of beverage.

The water reservoir on this brewer is forty eight ounces, and can be removed for a fill up.

Like most Keurig models it has an automatic shut off after not using it for two hours.

It also has a drip tray in case of any spills and can be removed for cleaning.

Being very well put together this model makes it ideal for large households, the office, or for commercial use.

About the only negative point to the K145 is that some find it a bit noisy, but if your looking for a coffee maker to brew your coffee fast, and of excellent quality then this is the one.

You can check out the price on Amazon for the Keurig145 office Pro.

Next in line is the Keurig K55, one of the best sellers for home use.

Like the K145 it has a forty eight ounce water reservoir that can be taken out to be refilled.

This coffee maker is easy to set up with control buttons and indicator lights to get your coffee brewing in the morning.

It can also brew three K-cup sizes from the six ounce, eight ounce to the ten ounce.

It also has an automatic off that will shut it down when not being used.

The Keurig K-cup is a coffee filter that can be reused to allow any coffee bean to be used.

The single serve coffee maker also has a descaling option, so making it east to keep clean.

The Keurig K15 single serve compact K-cup is small in size, so will also fit on your kitchen counters easily and is also portable to take with you.

The control buttons have indicator lights also and will brew the three different cup sizes six, eight, and ten ounce.

The water reservoir on this model is not removable and needs to be filled each time you wont to brew a coffee.

It can take two to three minutes to make a cup, but if your looking for a coffee maker that is compact and portable then this is the one.

The Keurig K250 coffee maker has gone a little more high tech with a touch screen LCD display where you can adjust the settings for any coffee brew you like.

The removable water reservoir on this model can hold up to forty ounces of water, and has a brew size from four to thirty ounces.

It will also fit nicely on your kitchen counters being thirteen and a half inches in height and eleven inches wide.

Also comes in a variety of colours to match up with your counters or back splash.

It does not have an automatic shut off, but is a great smaller coffee maker.

The K575 is a single serve coffee maker and with a water reservoir that holds eighty ounces.

This model also has the touch screen display and lights to set things up for your preferred brewing.

It also takes less then a minute to make your coffee from the K-cups, and less ten five minutes to fill a carafe.

This one has the automatic off timer, that’s always a handy addition.

It will brew the K-cups four, six, eight, and ten ounce sizes, and the K-carafe pod at twenty two, twenty six, and thirty ounce size.

About the only complaint with this model is that some find it a little noisy, but it is considered one the best Keurig coffee makers.

The K45 will make your coffee , tea, hot chocolate or other hot beverage in less then a minute, which is great for when your in a hurry, and is not quit as noisy as some other models.

Just add your favorite K-cup and hit the button to start brewing, and it also features the six, eight, and ten ounce sizes.

The water reservoir is forty eight ounces and detaches for refilling, and this model also has the automatic turn off feature.

I have read that this model is being replaced by the K55 model, so you might wont to take that into consideration  before buying.

The Keurig B145 Office Pro

The B145 model can be used for office or commercial use, and is one of the best coffee makers you will ever find.

It also can be used for tea, hot chocolate, or other beverages.

The one complaint is the noise as it is designed for commercial use.

If you wont your coffee in less then a minute then this is the model.

This Keurig K-cup model takes less then three minutes to brew up a cup.

It is limited to making only an eight ounce cup, and you need to add the water for each brew as there is no reservoir.

It does come with an automatic shut off  if you forget to turn it off.

Being small and compact this model will fit on your kitchen counters.

So if you wont that single wake up cup in the morning, then this is a great model for you.

I know it can be a difficult process to chose the right coffee maker that’s right for you, as there are so many different brand out there.

I hope this review Of Keurig coffee makers will help you decide, as Keurig has been in the coffee making business a long time.

Any comments are always appreciated,